THE curtain came down on the Start Fitness North Eastern Harrier League under the backdrop of Alnwick Castle and after testing themselves over a tough course it was time for athletes’ celebrations.

After the six events, which started in Wrekenton back in September last year, it was a happy mood for everyone when the serious side of contesting one of the toughest courses on the circuit was put to bed.

Celebrations was the name of the game as cakes a plenty and egg and cress sandwiches were washed down with tea and coffee with one club going the whole hog by crashing open a bottle of champagne though I wonder if it was the cheaper version! Once again hosts Alnwick Harriers did a superb job and they are to be congratulated on putting on a true test for cross-country enthusiasts though there were a few blue words uttered at the end by some who found the course ‘brutal.’

THE day’s action once again opened with the ‘Try Cross-Country’ events for under-11s over a course of around 1,000 metres.

The boys were in action first and it was another success for Birtley’s Ed Moon which added to his previous victories at Thornley Hall Farm. Lambton, Druridge Bay and Aykley Heads. 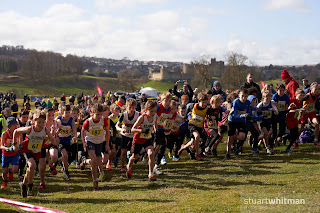 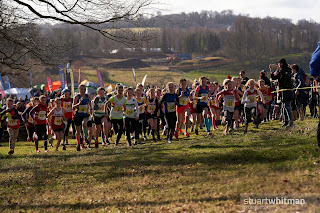 After playing second fiddle throughout the season to her twin, Kitty Graham eventually got the better of sister Nell though it couldn’t have been closer as the Birtley duo battled it out all the way to the line and it was left to the judges to determine who got the verdict as the timekeepers’ were unable to separate them. It was a clean sweep of medals for the Gateshead outfit with Olivia Murphy claiming third place ahead of her team-mate, Izzy Hall. 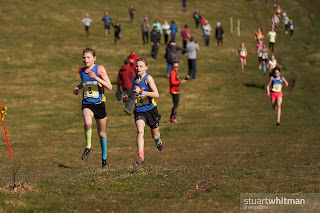 In the under-13 boys event victory went to Heaton’s Joseph Brown who took advantage of his 1min 30sec start to hold off the fast finishing Joseph Ramshaw (Blaydon) by six seconds with Birtley’s Noah Williamson, also running from the fast pack, coming through to take third place. Ramshaw led Blaydon to team victory on the day and also to take the overall team title with North Shields Poly in second place three points adrift and Durham City finishing in third spot. Williamson came out on top to take the Individual Grand Prix award.

The under-13 girls contest was over the same course and it was another victory for a slow pack runner. Jarrow and Hebburn’s Alexa Reid held on by five seconds to finish ahead of fast pack athletes Anna Johnson (North Shields poly) and Heaton’s Mary Parkin. North Shields Poly came out on top on the day but, in an exciting team competition, it was Morpeth who edged it overall by just one point over the North Tyneside outfit with Durham City two points further adrift in third place. Noprth Shields Poly’s Katy Otterson, with four victories, claimed the overall individual award. 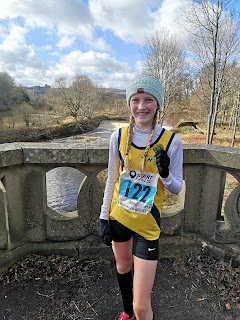 North Shields Poly’s Zac Brannon made a welcome return to competition and he made it a winning outing by taking the honours in the under-15 boys’ event. Darlington’s Alex Bowyer, running as a guest, was the quickest on the course in working his way through to second place from the fast pack to finish just 16 seconds adrift of the winner. Ben Sproats (North Shields Poly) finished in third place with Tyne Bridge’s Jake Moir in fourth spot.

Morpeth were clear winners of the team stakes making it five successes out of the six fixtures. Birtley finished runners-up one point ahead of North Shields Poly. The overall individual award went to Morpeth’s Oliver Calvert who finished just one point ahead of Sproats.

Durham City’s Charlotte Dillon made it five successes after defying a 1:40 penalty to claim victory in the under-15 girls’ race. Elswick’s Louisa Hamiton finished runner-up two seconds ahead of Blackhill’s Hatti Stead. Elswick came out on top in the team stakes and, not having finished outside the top three all season, claimed the overall team title ahead of Gateshead and North Shields Poly. Dillon was the individual champion finishing ahead of Poppy Old (Elswick) and Blaydon’s Ellie Fellows. 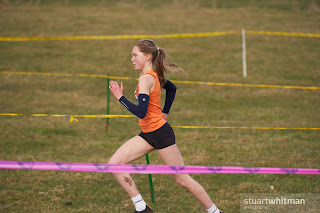 Birtley’s Chris Perkins brought the curtain down on his cross-country season with a comfortable victory in the under-17 men’s contest finishing ahead of Neil Sillence (North Shields Poly) and Blackhill’s Tom Slane. Morpeth, led home by fourth-placed Bertie Marr, won the team section for the fifth time and comfortable claimed the overall award ahead of Durham City and Blaydon. Perkins claimed the overall individual award ahead of Marr and Slane. 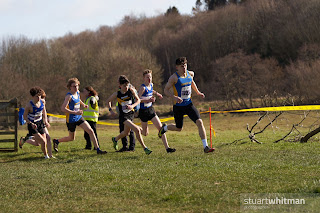 In the combined under-17/20 women’s race it was a success for Morpeth’s Millie Breese who defied a penalty of 2:05 to get ahead of Chester-le-Street’s Freya Clarkson in the closing stages to win by five seconds. Gosforth’s Kate Rickerby finished in third place just ahead of first under-20 athlete, Houghton’s Anna Pigford. North Shields Poly, led home by fifth-placed Katie Joslyn, won the team section ahead of Gosforth and Wallsend. However, overall it was Gosforth who came out on top ahead of the Poly and Morpeth while the individual Grand Prix was won by Breese who finished three points ahead of North Shields Poly’s Holly Waugh with Pigford finishing in third place a further three points adrift. 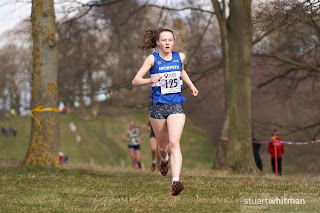 The senior men’s race saw a field of 470 face the starter and it was a gun to tape victory for Morpeth’s Phil Winkler who took full advantage of a five-minute start over most of his rivals. Jarlath McKenna (Bristol and West), who makes his North East Counties debut in the Inter-Counties Championships this coming weekend, worked his way through to second place with Crook’s Samuel Beckett completing the medal placings. Second fastest on the course was Gateshead’s Conrad Franks who also heads for Loughborough as the senior men defend their team title. 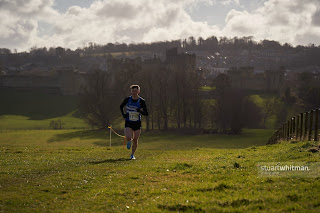 Morpeth were easy team winners on the day and were overall Division One champions once again finishing ahead of Tyne Bridge and Sunderland while Blaydon and Gosforth drop down to Division Two and are replaced by Elswick and North Shields Poly. Jarrow and Hebburn and Alnwick are relegated to Division Three and are replaced by a delighted Sedgefield and Houghton. 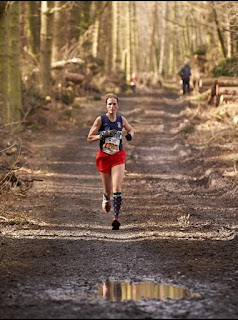 Jesmond Joggers won the Division One team event on the day but it was Elswick who were celebrating after winning Division One for the first time finishing ahead of Morpeth and Elvet Striders. South Shields and Gateshead drop down into Division Two and are replaced by Tynedale and Jarrow and Hebburn while Ponteland and Low Fell are promoted with Blaydon and Gosforth going in the opposite direction. 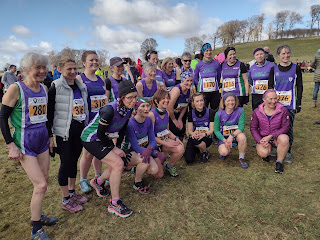 MacDonald, who came out on top in all five events she lined up, won the individual Grand Prix with maximum points with Sneddon finishing in second place ahead of Sunderland’s Jessica Fox while in the veteran’s section Hodgson, also with maximum points, led the way ahead of Stocksfield’s Claire Davies and Gateshead’s Jane Giles, the former winning on countback after both athletes finished with the same number of points.

**THE NEHL are indebted to Alnwick Harriers for once again hosting a superb climax to the season and to all the other clubs who took on the mantle of giving over 3,000 athletes the chance of contesting cross-country. Also, to all the officials who were at the post throughout the season and the army of marshalls for without those volunteers the league would not be the huge success it is. Now, get those spikes cleaned and put away for next season for it will not be long before it’s time to get your entries in once more! 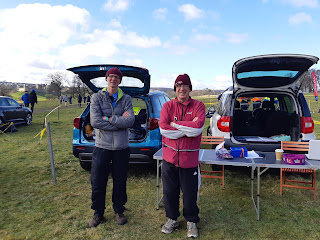 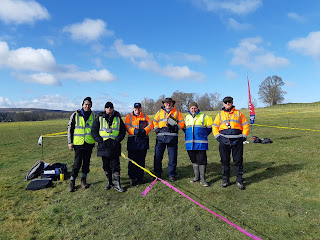