The League AGM will be held at Jesmond Pool, St. George's Terrace, Newcastle upon Tyne NE2 2DL on Friday 27 July 2018, starting at 7.30 pm. (Beware of parking restrictions in the area.)

Any motions for discussion at the meeting must be submitted to our General Secretary Micky Baker
(mbak47@hotmail.co.uk) by Friday 13 July 2018 at the latest.

PROPOSED RULE CHANGES
The following changes are proposed by the NEHL Committee:

REGISTRATION FEES
The Individual Registration fee in advance is to be raised to £3.

WITHDRAWAL OF OFFICIALS
Clubs are reminded that, in the interests of safety, the Committee may use its powers under Rule 6 (in conjunction with the Referee) to withdraw officials in the event of SEVERE WEATHER.

CLUB HELPERS
The League will be inviting club members to assist promoting clubs (mainly as course marshals). It is planned to provide T-shirts to those helping at a minimum number of meetings - probably 4.
More details later.

CHARITY RAISING
Persons intending to raise charity funds at NEHL events are reminded that they must seek permission of the landowner. Assistance may be available in providing contact details.

NEHL General Secretary’s report 2017/18
Good Evening everyone and welcome to the 2018 NEHL AGM.
Once again yet another fantastic season 2017/18 was. Once again the league is indebted to the massive support that Tony Wallett at Start fitness provides for us, without their help I very much doubt the league would survive.

A big thank you to all the officials who turn out at every fixture again without whom fixtures wouldn’t even get off the ground. Thank you to the host clubs for putting on the fixtures and the runners for turning up and running.

Last but not least there are 3 members of the committee who do so much work in their own time it’s quite staggering Vicki, Paul and John the whole of the Harrier league are forever in your debt for results, numbers and problem solving in general so from myself and everyone else many many thanks for your time and effort.

Back to the season just gone:
The season I felt went really well numbers were consolidated and slightly up in some age groups. Parking issues were kept to a minimum although there were one or two problems at Wrekenton which were put right on the day. However there were problems at Herrington with Sunderland Council claiming that people who attended that fixture had damaged the land,(with cars) thus resulting in the League being handed a bill for £1,300. The League are disputing this as we are not convinced that is was solely down to the people who came for that fixture. As a result we won’t be using Herrington as a venue, so we are on the lookout for a new venue and are in the process of negotiating a new site.

Once again the weather played its part, resulting in the Alnwick fixture to be cancelled but thankfully Alnwick Harriers were able to rearrange for the following week which was greatly appreciated by all.
Blackhill Bounders hosted a fixture for the first time at Thornley and did a brilliant job, so much so I’ve asked to them to host at Thornley again next season.

So all in all a good season

Congratulations to all the prize winners in every age group there was some very good competition both individual and teams. The presentation evening held in the Sponsors main store in Newcastle went really well and we had a great turnout from supporters individual and team winners alike and with the prizes being given out by World Record holder Guy Bracken it was a great night.

As I’ve said in the past. We have a unique product which is going from strength to strength and we as a committee will strive to make it better for all concerned. We have proposed a few changes which we feel might enhance the league or may not as the case may be.

If I’ve missed anyone or anything it wasn’t intentional so once again many thanks for your support. 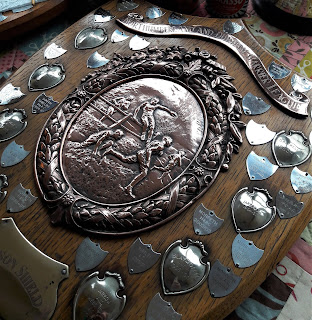 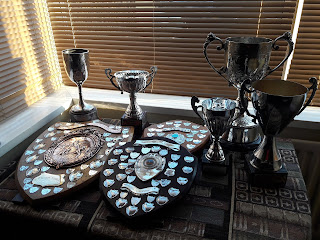 Posted by NEHL Ladies Sec at 09:35 No comments: